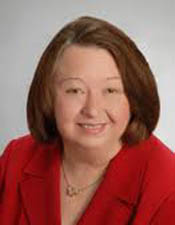 Jaclanel Moore McFarland, a fifth generation Texan, was elected to the 133rd Judicial District Court in November of 2008. She received her undergraduate and law degrees from Baylor University. She attended graduate school at the University of Oxford in England where she studied Comparative Constitutional Development. Before taking the bench in January 2009, Judge McFarland was an accomplished litigator in Houston for 31 years. She was also a successful mediator and taught courses in Real Estate Law, Business Law, and Government on the collegiate level. Judge McFarland is a former member of the Baylor University Board of Regents and First Vice-President of the Baptist General Convention of Texas. She has been recognized in Foremost Women of the 20th Century, Who’s Who in the World, in American Law, of American Women, in the South and Southwest, Among Rising Young Americans and in the World of Women, as well as a participant and Panel Member in International Law Institutes in Ireland, China, and Japan.