Back to Eleventh Appellate District 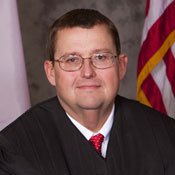 Chief Justice John M. Bailey has served on the 11th Court of Appeals since October 2013 when he was appointed by Governor Rick Perry to serve as a justice on the court. He subsequently won a contested 2014 Republican Primary for an unexpired term and ran unopposed for a full term in 2016.